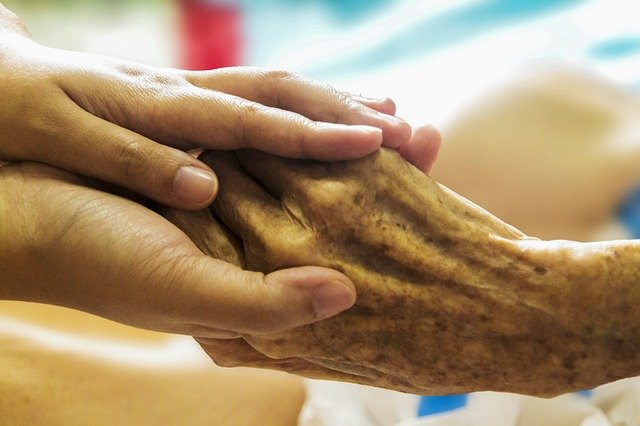 This woman put Betty Crocker to shame and left Fred Astaire begging for a new partner. She flirted with life itself and could captivate an entire room. Her mere presence defined fierce, loyal, hardworking and untamed. She believed anything was possible and that everything was better with glitter. She had an uncanny intuition that could feed the most undernourished part of your soul you did not even know existed. She embodied love and light with just a whisper of mischief and defiance.

Our VNA nurse, Maribel Figueroa-Burgos treated Elizabeth Gavan, not just as a patient, she cared for the physical weaknesses only after she had tended to my Mom’s spirit… taste a new recipe, admire a new creation in her art room, encourage the fight, call the pharmacist, arrange deliveries. You could often spy into my Mom’s room and see Maribel changing a gushing ostomy bag while they chattered and laughed about books, motherhood, anything. She expertly cared for my mom’s needs and created an environment of security, protection, devotion, and levity.

Since high school, I have been my mother’s primary caretaker. We traveled the country and been through surgeries, repair surgeries, experimental surgeries, drug trials, hospital stays that lasted months, countless septic infections from IV lines, the list goes on and on. We’ve also been through so many answered prayers— pleas to God to have my mom make it see me graduate high school, college, walk me down the aisle, meet my own children. Do not mistake this as me tooting my own horn. You just need to see that when you dedicate your life to moving heaven and earth to heal you mom, it is so hard to make sense of letting her go.

That is where Christine Huston and Sara Ross and Maureen and Vinnette came in. We had some lovely hospice nurses. Although they could not save my mom, they did save her dignity. They provided peace and comfort for not only her but for us too. Once the drugs kicked in, my mom started to return to herself and I started to doubt the plan and need for hospice. The team was very careful to explain that my mother was not better, just comfortable- for the first time in a long time. I cannot find the words to express the depth of my gratitude for that clarity.

For 28 years, my mother has courageously battled scleroderma. In 1995, doctors told her she had a couple years, at best, to live. Ha! They had no idea the force they were dealing with. However, the disease picked away at her body little by little over the years. With a g-tube, j-tube, ileostomy, and PICC line, she slowed down quite a bit. The feeding tube and intravenous fluids weighed her down with pumps, wires, and two backpacks, but she still managed to occasionally dance with her IV pole. Despite being NPO for twenty+ years, she continued to buy cookbooks and scour the internet for the ultimate recipes. She never stopped dousing everything with glitter and telling inappropriate jokes in secret.

My family and I are indebted to the VNA, especially Maribel Figueroa-Burgos, for being an integral part of the extra gifted time with my dear mother. We are indebted to Christine, Sara, Vinnette, and Maureen for bringing a merciful and peaceful passage home for our powerful matriarch. 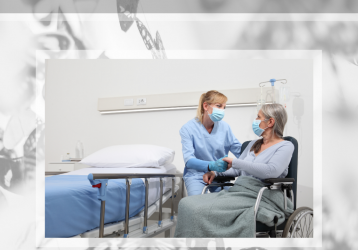 I wish to thank everyone at the VNA Hospice in Englewood for the care and devotion shown to my beloved husband Albert during his long... 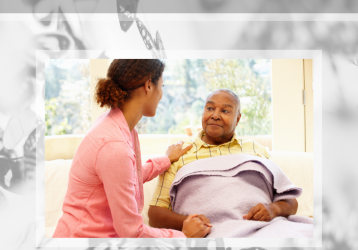